Courage is an essential attribute in The R Factor tool box. The word “courage” derives from the Latin word for heart, and means “strength of heart.” Courage is the result of being clear about the values you want at the heart of your life and then living your values. It is when your commitment to your guiding principles is stronger than any circumstance you may face or impulse you may feel.

Courage is not simply one of the virtues, but the form of every virtue at its testing point.

It takes courage, it takes strength of heart, to manage E + R = O (Event + Response = Outcome). This is because the R is most important when the E is most difficult. The more challenging the E, the greater the demand on your R Factor. Courage is about making your R stronger than the E. That kind of internal strength comes from a deep commitment to the core beliefs and guiding principles by which you choose to live your life. There is great strength in knowing who you are.

Here are ten things in life that require courage.

In 1910, during a speech in Paris at the Sorbonne, Teddy Roosevelt gave us these inspiring words:

It is not the critic who counts, not the man who points out how the strong man stumbled, or where the doer of deeds could have done better. The credit belongs to the man who is actually in the arena, whose face is marred by dust and sweat and blood, who strives valiantly, who errs and comes short again and again, who knows the great enthusiasms, the great devotions, and spends himself in a worthy cause, who at best knows achievement and who at the worst if he fails at least fails while daring greatly so that his place shall never be with those cold and timid souls who know neither victory nor defeat

Courage is an essential tool in The R Factor toolbox because the events that you have on a daily basis may not be so difficult.  But some of the events that often occur at home, at play or at work require an R that is nothing but pure courage.  Step Up.  Make a Difference. 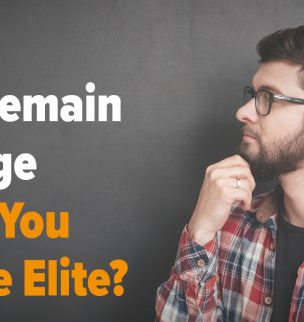 People’s lives and futures rely on the actions of leaders. If you…