Recently I was at Starbucks and overheard two people having an animated conversation about their leader. Given the proximity of their table and the volume of their conversation, I could not help but hear everything they said. Each of them told story after story about their frustrations on the job. Clearly, they did not like their work environment and manager.

They voiced disappointment, frustration, and even anger. From the sound of it, this was not the first time or the only place they had expressed their displeasure. And because they were talking about management and leadership, I admit I was intrigued about what they were saying.

Curious to learn more about their situation, I tactfully introduced myself. After explaining that I do leadership training, I showed them a copy of the Lead Now™ model and the three dimensions of trust.

Pointing to the model, one of them quickly said, “Our leader is very smart. I think most people recognize his competence. The problem is character and connection.” I asked her what she meant. “Well, I don’t think he practices what he preaches. He’s always on our case about ‘living the values,’ but he doesn’t live the values. He doesn’t walk the talk. And no one feels connected to him. It feels like he doesn’t care about us.” The other person chimed in: “Yep, that’s the problem. He is smart, but he doesn’t tap into the things we know. He is totally disconnected from our team. He just demands performance.”

They both hesitated and with reluctance said, “No.”

This situation is exactly why the focus of leadership is results, but the foundation of leadership is trust. Without trust, a leader gets compliance but not commitment. Without trust, people will comply with a leader only if they have to. Eventually a lack of trust becomes a barrier to the very results a leader is trying to achieve. In leadership training all over the world, we use Lead Now to illustrate that trust is three-dimensional.

When these three dimensions line up, your foundation is strong, people trust you, and the stage is set for consistent results.

The High Cost of Low Trust

Consistent and sustained performance is not possible in the conditions described by the two people at the coffee shop. Conditions created and perpetuated by a lack of leadership.

Trust is earned through your behavior, not granted by your position. Your influence and impact as a leader is not determined by the level of authority associated with your role, but by the trust you have built with the people in your organization.

Do not expect to be trusted and followed just because you have a title. Deserve to be followed.

Here’s the question: what do your people say about you when they are at Starbucks? 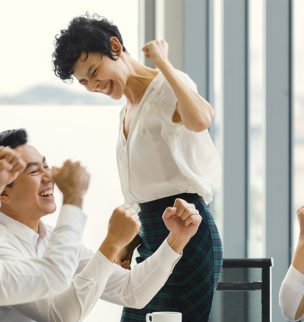 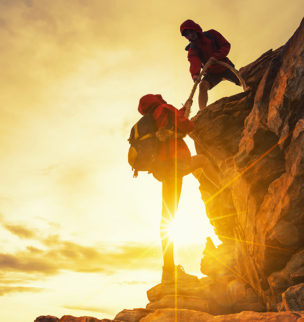